A swinging, fun album of original blues from one of Canada’s best. Chris Whiteley is a talented multi-instrumentalist (trumpet, harmonica, guitar, pedal steel), vocalist, and songwriter who is well known to fans of roots music. He was a member of the legendary Original Sloth Band and has recorded two Juno-nominated albums of blues with brother Ken Whiteley (“Bluesology” and “Sixteen Shades of Blue”). His first solo album, “Second Look” showcased his infectious brand of original and traditional swing music. His brand new album “Blues Party” features twelve swinging blues and jazz influenced tunes that capture the exciting, fun sound of a top notch blues band. Recorded “live off the floor” with no overdubs or remixes, it is, indeed a “Blues Party” of the best kind! The album includes ten originals, ranging from the fun jump swing of “Nobody Home” and “Blues on a Swing” to the uptown sound of “Hope You Miss Me Too” and “Life is Magic” to the downright bluesy “They Said It Wouldn’t Last,” “Blues Party,” “Too Many Cooks,” and “My Love is Blue.” Including guest appearance from Maureen Brown and Tyler Yarema and His Rhythm, the album also features Ken Whiteley, John Sheard, Chris’ son Dan Whiteley,Victor Bateman, and many more. “…a slick, earthy hybrid of mellow jazz and laid-back blues, served up with a healthy dollop of swing rhythms…music that makes everybody feel good.” -Exclaim. “[Chris has] a vocal charm… that is uniquely his… exceptional on trumpet, harmonica, and guitar” -RPM Weekly 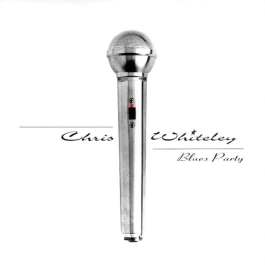 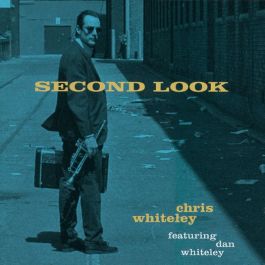