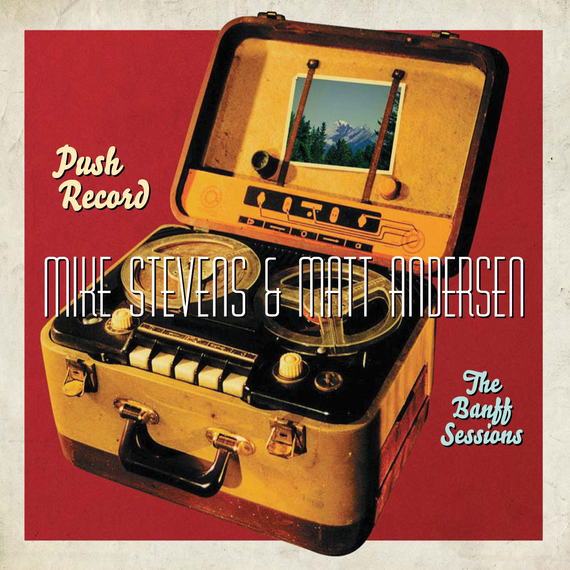 At a very early age Mike Stevens found an harmonica and living in Sarnia, Ontario, he couldn’t help but hear the sounds of Motown and the Blues coming in over the airwaves from Detroit — Son House was a big early influence. At 16 years old something snapped and Mike started to practice up to twelve hours a day.
All the practicing paid off. In 1988 while appearing at a Bluegrass festival in Georgia, Mike met Bluegrass legends Jim and Jesse. Once they heard Mike play they invited him up to do a number on their show. After the performance Mike heard the words “You need to be on the Grand Ole Opry” and that’s exactly what happened. Mike has performed more than 300 times on that famous stage.

Mike continues to play many styles of music incorporating all of his influences and experience. And now it’s back to the blues with rising star Matt Andersen. Whatever the style, Mike’s music is always evolving and reflects all of his influences. He’s always pushing the envelope while respecting the past.

Matt Andersen has a larger than life showmanship that has been earning him a
fervent and steadfast audience wherever he graces the stage. Matt’s sprawling blues, roots and rock musical hybrid with his sorrowing and soulful voice and astonishing guitar-playing has sparked a phenomenal buzz across Canada that now continues to spread to the US and the UK.

Matt has also shared the stage and toured with David “Honeyboy” Edwards, America, Randy Bachman, the late Bo Diddley, Little Feat and a host of others. Matt is a very real, rare, raw talent and career artist — vital to our musical landscape. This pairing with Mike Stevens only goes to underline that fact
Just turn up the sound have a listen and you’ll see what we mean.